Consumers guide when buying 3D television. The entertainment industry has seen a major surge in the recent years with new technologies being introduced. One of the most compelling technologies that ever hit the scene is that of 3D entertainment. It has therefore been raved about by consumers who are in awe of its ability to deliver life-like animations and more compelling entertainment to the audience.

A few years ago, or at least during the first few years of the introduction of 3D technology into the market, this technology was only available to the cinemas. Indeed, consumers are even willing to invest more in order to watch 3D movies since they typically cost more than traditional cinemas. Its ability to enhance the overall movie viewing experience is therefore something that makes it stand out!

But did you know that 3D television and home theater systems are now available in the market? In fact, many consumers are opting to buy a 3D television in order for them to experience cinematic viewing in their own living room.

3D home theater systems and televisions can indeed be very expensive! Thus, it is important that you take a few factors into consideration during the buying process to maximize value for your money. The first area of concern would be the size of the 3D television itself. The rule of thumb when buying this type of television is that the diagonal display of the screen should not exceed 4 inches in measurement for every foot that you are away from the television set. This will ensure optimum quality when watching on your 3D television.

You must also adjust the size of the TV that you buy depending on the size of the room where you intend to install it, as well as the type of ceiling. Naturally, if your room has a high ceiling and large space, then you should opt for a large 3D television. But when your ceiling is low and the room is a bit small, you must also go for a smaller sized 3D television. It is therefore important that you take such considerations first before you proceed into the actual process of buying 3D television to make it worth your investment.

You should also take into account the various styles of 3D TVs in the market. This one, though, would be based on taste and personal preference but would make a good investment if you can enjoy qualiy 3D viewing at home and also enhance its aesthetic value. Given that these type of TVs are not an inexpensive investment, it pays to take these factors into consideration to enjoy more value for your money. 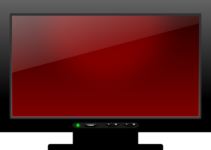