The IdeaPad S10-3 from Lenovo is the third model from the series and it’s an improvement over the S10-2, which is its predecessor.

Most netbooks available today have about the same specs and similar prices, so it can be difficult picking one from the line-up. In cases like this, the choice is based on small details, which make the difference, though another thing to consider is the design.

As far as the design of the netbook goes, the S10-3 has clean lines, a new quality keyboard and a compact shape. The design is quite slim as well, with just a bit over one inch in thickness. The weight of the netbook is 2.76 pounds, so it’s easy to carry around. The look of the model is nice, the processor is an Atom N455 from Intel and the 10.1 inch screen has a resolution of 1024×600. The graphics chip is a GMA integrated model from Intel and the netbook also has 1GB of Ram and a hard drive of 250GB. Other features include the Wi-Fi b/g/n, Bluetooth, 3G, USB 2.0, a card reader 5 in 1 and a webcam.

The price of the netbook can be a little higher than the other models, but if you want a better netbook than the average, the price should be worth paying. One of these improvements over the others is the quality keyboard, which is around 98% of the size of a regular one and it has rounded keys.

This is the third model from the series and it was redesigned once again. Each new model brought improvements over the previous one and one of the better things in the S3 is the battery, which doesn’t bulge as much, since some of it sticks from the bottom. The Lenovo IdeaPad S10-3 is less deep than other models and it’s a bit thinner as well. If you need an example, the netbook is a little bit larger than a softcover book which is a bit bigger. The back lid comes with a checkered finish in either black or red and it allows for a minimization of fingerprints on it.

The screen of the netbook looks quite good and the graphics and icons are crisp. The S10-3 comes with speakers which are Dolby enhanced and can be found underneath the laptop. The volume is decent and in most cases better than what other models can offer.

One of the special features of the model is an OS which boots up quickly, offering the user quick access to a number of applications without having to load the entire main OS for it.

The IdeaPad S10-3 netbook is a decent model, which doesn’t offer increased performances over other models but it does have other features which make it a better choice. It has decent performances and the user should be able to run casual games or play 720p HD videos. When all things are considered, you could do worse. You should take it into consideration when you’re picking your next netbook. 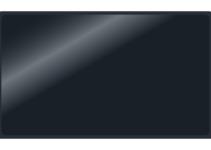