PSP2 offers a wide range of sophisticated gaming options. The gaming industry is always active and there are new games released almost every month. Indeed, there is a boon of gaming lovers out there that are always on the lookout for what are the hottest games in the market. This also explains the popularity of gaming devices out there, such as the PS3, PSX, Xbox, Wii, and many more. The advent of portable gaming devices such as the PSP only provided an unlimited access to gaming for those who are enthusiasts. Thus, you can take your love for gaming with you on the road.

When the PSP2 was released into the market, many were in doubt because they simply think that it is just another version of the PSP with some slight differences or upgrades. However, they are mistaken. There are actually a few unique features introduced into the device that is better than the PSP and it even offers a new range of sophisticated gaming options.

Sony has recently unveiled the new PSP2 device and is deemed as the next-gen portable gaming device. The first notable improvement for this new handheld gaming device as compared to the original PSP is the resolution. The 5-inch screen on the PSP2 device is slightly larger than the original’s 4.3-inch screen size. But the size of the screen is not the most important improvement  – the next-gen portable gaming device also features OLED display technology. Thus, you can expect four times more pixel resolution for crisper and sharper images than the earlier version of the PSP.

The analog stick for the original PSP was rather limited in its range of motion. Hence, the developers at Sony have opted to incorporate the dual analog sticks with the PSP2 for improved gameplay functionality. This feature works well with the new games developed for the portable gaming device but even old PS1 games will work out effortlessly with this type of analog stick control. In addition to the dual analog stick, the touchpad feature will offer more accurate controls during gameplay.  It pays to explore this feature while playing your favorite games.

The higher screen resolution on your PSP2 is not the only feature that can offer improved graphics for your games. It is also integrated with 4 core ARM Corte-49 core CPU that so you can experience graphics that will satisfy even the most discriminate tastes. Even the most demanding games can therefore be supported on this portable gaming device and they are comparable to the quality of PS3 games. If you want to know what else is included in the PSP2, here are some other features worth exploring: GPS, WiFi, 3G connectivity, electronic compass, front and back camera, and gyroscope motion sensing on the dual analog stick.

Gaming devices come and go in the industry. However, there are a few that have withstood tough competition because of their ability to introduce innovative and technologically advanced features. Sony’s PSP2 is among them. It comes with a wide range of features that is comparable to the PS3 or other more powerful gaming devices. 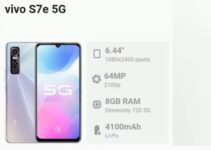