The history of GPS technology. The acronym GPS stands for Global Positioning System, which is one of the most useful and widely applied technological innovation in these modern times. Indeed, this technology has seen lots of uses in various industries to benefit many people these days. It is therefore important to look back on the history and development of this particular technology to gain an insight as to how it came about. It is also a good way to assess where this technology is headed to in the future in terms of more development and practical application.

The US Department of Defense or DOD take the credit for developing this particular technology. Ivan Getting, in particular, spearheaded the development as the US government predicted that it will be put to several useful applications. For this technology to come about, the US government shouldered the US $12 billion cost for the project, which was taken from the taxpayer’s money.

This particular technology relies on a satellite navigational system that will serve as the central point of navigation on earth. Hence, it is currently considered as the most accurate tool for timing and determining direction, wherever in the world you may be.

There are 18 satellites that are put up and 6 are assigned to orbit each of the three orbital planes in the outer space. Each of the orbital planes are distanced by up to 120 degrees. In addition, they also have their respective ground stations wherein all of the data are sent back to earth. These man-made satellites therefore play a crucial role in providing accurate reference points and geographical directions on earth. In fact, it is capable of providing the most detailed bit of information, geographically speaking. Some can even measure up to centimeters.

Over the years, there has been numerous applications that were discovered for the Global Positioning System or GPS technology. One of its most essential application was for ships and submarines wherein it can accurately measure distance of travel, as well as proximity of other vessels, especially during combat. It has also been able to provide accurate measurements of the Mt. Everest! However, there are far more applications to the GPS technology today that they are now incorporated into vehicles, construction equipments, heart rate monitors, planes, boats, farm machinery, computers or laptops, among other things.

Dr. Ivan Getting, the man who is behind the development of the GPS technology, was born in New York City on 1912. He earned his degree on 1933 from the Massachusetts Institute of Technology. He was an Edison scholar at that time. He also finished his graduate studies from the Oxford University wherein he studied Astrophysics.

Thus, it comes as no surprise how Dr. Getting was able to come up with such an extensive and useful technology that will be later on utilized by modern humanity. He developed the concepts of GPS technology while studying and exploring various forms of navigational technology. This went in conjunction with his study of satellites as the main source of navigational technology and system, which was eventually used on the development of GPS devices.

Home » The History of GPS Technology 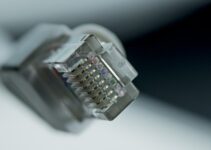