Home
Gadgets
What Is Broadband Or Signal Carrier
Tags:Network

Broadband or Signal Carrier is a somewhat confusing and vague term that is often misunderstood by the people who choose to use it because there is no formal definition. It is a frequently misused term that is thrown around by ISPs and cellular phone providers as a buzz word, used to make their products look good. Exactly what is broadband, and what does it mean for an internet user?

There are a number of internet technologies that the term broadband is applied to. Broadband is any signal carrier that handles a wide range of frequencies. In theory, the wider the bandwidth the more information a signal can carry. However there are other factors to consider, and when dealing with the internet it is especially complicated.

The simplest definition for broadband when it comes to the internet is that it is a connection that has better speed than another connection. Some consider it to be high speed, but this is unfortunately not the case at all. It can be from just double the speed of dial-up, but at the extreme end could be up to 20mbps or more. So whilst some broadband connections are indeed high speed, plenty of people are still on relatively low speed internet connections.

The other big differences between broadband and dial-up internet services are that broadband is always on. You do not need to dial in to get a connection, instead it is ready whenever you need it. It also does not prevent you from making phone calls as a dial-up connection used to do.

The problems came with the fact that broadband was the follow on from dial-up internet. Anyone who was paying for a better than dial-up service (double the speed or better over a service such as DSL) was getting broadband internet. Compared to dial-up it was both high speed and seemed to fit the definition of broadband well. Unfortunately the definitions and terms have not been changed since the earliest introductions of broadband, despite the fact that current speeds can be up to twenty times greater than the earliest broadband connection speeds.

So currently, broadband covers literally any connection that is double or more the speed of dial-up. This is at least a little confusing because the faster speeds of today are in no way comparable to the services that were first available when the switch from dial-up to broadband was made.

There are no standards when it comes to broadband, and hence no guaranteed speeds. Instead it is a loosely applied term that applies to a range of technologies, that simply tells you that you will get a better speed than dial-up used to give. By understanding what broadband is and what it is not, it is possible to avoid disappointment when signing a contract with a new ISP. 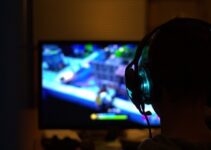